Controlling microbial growth is key to medicine and to everyday life so there are many methods used to chemically and physically limit the growth of microbes.  Control methods include inhibition (bacteriostatic) or elimination (bactericidal) microbes.  While elimination is ideal, not all substances or surfaces can be treated sufficient to eliminate microbes and sometimes sterilization is not a practical method.  Remember that control methods can reduce microbial populations or completely eliminate microbes thus leaving a sterile environment, food production, or surface.  While sterility is more important in the clinic, decreasing the total microbial load is commonly used whenever surfaces are “cleaned” or foods are “prepared”.

The two main methods of controlling microbial growth are:

Chemicals are often convenient a convenient way to eliminate or reduce the number of microbes on inanimate surfaces (disinfectants) such as countertops, living surfaces (antiseptics) such as skin, or ingested (antibiotics).  These chemotherapeutic agents come in a wide range of spectrums and thus have many uses.  For examples, a compound that is a bactericide would kill bacteria but not fungi or viruses while a fungicide would kill fungi but not bacteria or viruses.  Sporicides are compounds that typically kill endospores.  A compound may also be broad spectrum where it can target multiple groups of microbes (or microbes and endospores) or narrow spectrum (only targeting one class or group of microbes).  For examples, natural penicillins are effective against Gram positive bacteria but offer little effectivity against Gram negative bacteria and certainly no protection against fungi, viruses, endospores, or other groups of microbes.

Physical control methods are quite a bit less discriminatory in their targeted groups and are thus considered broad spectrum.  Most methods of physical control target DNA, proteins, or size which are shared in common across the microbial spectrum.

Microbes have developed some methods for counteracting physical and chemical methods of control.  Some microbes are naturally resistant against chemicals and heat while others have had to develop mutations that degrade chemicals thus making the chemicals inactive.  Likewise, endospore formers, bacteria that produce a pigment (color, specifically observed during the growth of colonies), or microbes that have DNA repair systems are more resistant to radiation treatment.  Pigments act as a form of “sunscreen” by blocking some radiation while repair systems such as the SOS system fix any damage that radiation causes.  Repair systems are limited in the amount of damage that they can fix – too many thymine dimers will result in cell death.  Endospores are resistant structures due to their thick spore coats and their lack of metabolism, thus they are resistant to radiation.  Heat shock proteins are a special group of proteins that help repair/ refold damaged proteins after a stress event, including temperature extremes.

This lab explores the use of physical and chemical methods of control on microbes.  Specifically, we will look at exposure to different temperatures, UV radiation, antiseptics, disinfectants, and antibiotics.

Before beginning this lab exercise, you should thoroughly wash your hands with warm soap and water and wipe down your bench using the provided disinfectant. 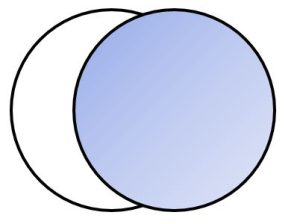 3. Inoculate a NA plate for Disinfectant and Antiseptic testing. 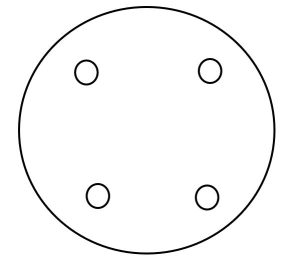 After you have finished your inoculations, wipe down your work area with disinfectant and wash your hands.  Blow out the candle and store for later.

Once you have read your plates (after their 4 day incubation), wrap plates in a plastic bag and dispose of in the trash.  Again, wipe down your work area and wash your hands.

Because microbes require time to grow, you will view your results after 4 days.

Develop a plus system to convey the amount of growth per treatment condition.  How many + marks would you give the following descriptions?

Rank the growth in each plate based on your plus system.

Rank the growth in each plate based on your plus system.

Table 3. ZOI Measurements Produced by the Disk Diffusion Test.  All measurements are reported in mm.

Table 4. ZOI Measurements Produced by the Kirby Bauer Test.  Record the zones of inhibition measurements for each antibiotic.  (R = Resistant, I = Intermediate, S = Sensitive, [Abx] = Antibiotic Concentration).  This data requires the use of the provided Antibiotic dataset and the Antibiotic Sensitivity table.