The isolation streak, like aseptic technique, is a key method in microbiology that is used to separate mixed cultures through a dilution process so that pure cultures can be obtained.  In this lab, you will learn how to perform a four-quadrant isolation streak though it should be noted that two-, three-, and even five-quadrant streaks may be used within the clinical microbiology lab setting.  The number of quadrants streaked is dependent upon the suspected number of bacteria in a sample – if a sample it though to have low numbers of bacteria (e.g. CSF sample) then a two-quadrant streak may be used verses a sample that has a high bacterial cell density (e.g. fecal sample) which may use a five-quadrant streak.

It should also be noted that bacterial growth can be further influenced by the type of culture media.  Not only does culture media come in different forms (broths, deeps, plates, or slants) as discussed in Lab: Aseptic Technique, but it also comes in different types or classifications.  While media cannot exactly mimic the

General purpose media can be further divided into more specific classifications based on the function of the media.

You may have noticed that some agars such as blood agar, MSA, EMB, and MAC can serve more that one role.  Let’s take a look at how these media meet the criteria of being more than one type of general purpose media.

In today’s lab, you will be using the four-quadrant isolation streak.

Instructions for Isolation Streak of Mixed culture onto Nutrient Agar.

Before beginning this lab exercise, you should thoroughly wash your hands with warm soap and water, wipe down your work area with a disinfectant, and light a candle.

Because you will be working around a flame, be sure to tie back any long hair or clothing.

1. Label a NA plate with your culture information (“mixed culture”), date, and initials. You may also find it helpful to label four quadrants on your plate I-IV while you are learning to streak for isolations. 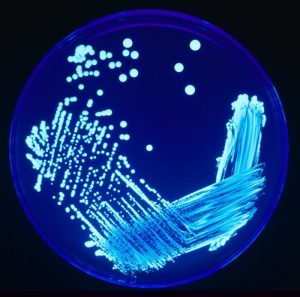 Because microbes require time to grow, you will view your results in 2-3 days.

In the space below, draw a picture of your isolation streak (after it has grown).  You may want to use colored pencils/ pens/ highlighters to distinguish between the different colonies.

Did you achieve isolation (of colonies)? Yes No 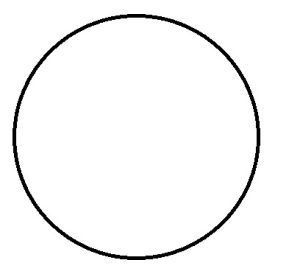 These data tables are included as a summary of the different media mentioned in this lab’s background material.  You will want to be familiar with these reactions to help answer questions on your lab report and lab quiz.

Table 1. Interpretation of the results from Selective and Differential Media Inoculations.

Table 2. Interpretation of the results from Enrichment and Differential Media Inoculations.